» Health Blog » CBD Myth-Busting Study: High Doses of Cannabidiol Do Not Cause THC-Like Effects in Humans

CBD Myth-Busting Study: High Doses of Cannabidiol Do Not Cause THC-Like Effects in Humans 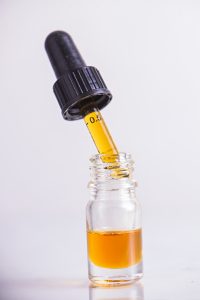 Have you been hesitant to prescribe cannabidiol (CBD) because of concerns about gastric acids converting the CBD into psychoactive tetrahydrocannabinol (THC)? In 2016, a study by Merrick et al. suggested that when CBD is exposed to an acidic environment, it degrades to tetrahydrocannabinol  and other psychoactive cannabinoids. The following is a more recent study that contradicts this finding.

The researchers concluded that “the acidic environment during normal gastrointestinal transit can expose orally CBD-treated patients to levels of THC and other psychoactive cannabinoids that may exceed the threshold for a positive physiological response.” The researchers thus issued a warning concerning oral use of CBD and recommended that new delivery methods, such as transdermal applications, be established to avoid this consequence.

While Merrick et al study was in-vitro and experimental, it raised questions about the safety of CBD that needed to be addressed. The following year, a study examined the clinical relevance of the methods and reviewed other clinical data that contradicted the outcome of the Merrick et al. research. The following is the introductory statement:

Cannabidiol (CBD) is a cannabinoid of the cannabis plant devoid of intoxicating effects. It may be of therapeutic value in a large number of diseases, including epilepsy, anxiety disorders, depression, schizophrenic psychosis, inflammatory diseases, dystonia, nausea, and vomiting without causing relevant or severe side effects. No biosynthetic enzyme or pathway exists in the human body to convert CBD to THC. However, recently Merrick et al. conducted an experimental in vitro study, which demonstrated that CBD rapidly cyclizes to THC in an acidic environment such as in the stomach. They concluded that patients treated with oral CBD may be exposed to significant levels of THC, which may cause unwanted psychological effects, and suggest that other delivery methods such as transdermal-based applications, which decrease the potential for formation of psychoactive cannabinoids, should be explored.

The  researchers reviewed at least a dozen studies to find any supportive evidence but could not find any conclusive evidence. Below are excerpts of four of the 12 studies:

In the  study, the researchers noted “oral CBD showed a relatively high incidence of somnolence and fatigue in children with epilepsy.” They surmised these effects could have been due to “isomerization of CBD to THC after oral intake in gastric fluid.” The Fonji et al. researchers in the follow-on study say this contradicts previous clinical trial findings showing that in fact high-oral CBD doses results in the opposite symptoms of THC or marijuana/cannabis, such as a “reduced appetite, improved cognition, and antipsychotic effects.” Overall, the researchers noted that the original study may have used inappropriate methods for human studies, such as dissolving CBD in methanol.

The available clinical data do not support this conclusion and recommendation, since even high doses of oral CBD do not cause psychological, psychomotor, cognitive, or physical effects that are characteristic for THC or cannabis rich in THC. On the contrary, in the past decades and by several groups, high doses of oral CBD were consistently shown to cause opposite effects to those of THC in clinical studies. In addition, administration of CBD did not result in detectable THC blood concentrations. Thus, there is no reason to avoid oral use of CBD, which has been demonstrated to be a safe means of administration of CBD, even at very high doses.”