Clinical trials have focused on the cardiovascular benefits of omega-3 fatty acids derived from fish oil.

More recent data show the biological effects that omega-3s confer extend beyond cardiovascular issues and impact virtually every aspect of our health.

A meta-analysis published last year found that the highest consumption of omega-3s from fish oil was associated with a 14% reduction in the risk of dying from any cause, compared to the lowest category of consumption.

In this article, we describe recent studies that evaluate the effects of fish oil on human health and longevity.

In 2017, a study was published that looked at the effects of fish-oil ingestion on human mortality rates. The implications from this report pertain to us all.

This analysis revealed a significant 14% reduction in the risk of dying from any cause in the group consuming the highest, versus the lowest amount of omega-3 fish oil.

Epidemiologists call this “all-cause mortality,” and it serves as an important metric in evaluating the overall effect of any intervention on lifespan.

To study the longer-term effects of omega-3 consumption, the researchers combined data from more than one million subjects whose fish and fish-oil consumption had been evaluated in 23 separate studies. A separate sub-analysis of six studies involving over 400,000 participants yielded information on omega-3 fats from fish, specifically.

The researchers undertook this study to resolve lingering questions. Regular consumption of the major omega-3s in fish oil (EPA + DHA) has been found to reduce specific health threats like heart arrhythmias, and risk factors for disease and death, like endothelial dysfunction, lipid disturbances, and inflammation.

Data on all-cause mortality, however, had been clouded by differences in study design and populations.

In this 2017 published analysis, researchers found a modest but significant 6% reduction in all-cause mortality risk among those eating the most fish compared with those having the lowest fish consumption.

That’s encouraging, but not everyone can manage the US government recommendations of two fish servings per week.

For this reason, the researchers also evaluated the pooled data from six of the 23 studies relating to intake of the most relevant components of fish, the omega-3s EPA and DHA.

They found a greater impact against the risk of dying from any cause among those subjects consuming the most omega-3s. They showed that all-cause mortality risk was 14% lower in those consuming the most EPA/DHA. This is more than double the figure calculated for fish consumption alone.

Further analysis revealed a 7% reduction in overall risk of dying for each additional 200 mg of fish oilconsumed per day.

From this enormous study, it is clear that people who consume more fish oil are at substantially lower risk of dying from any cause—a worthwhile finding in its own right.

Underlying these degenerative conditions are pathological processes like inflammation, which we know is strongly associated with most age-related illnesses.

Here, we examine specific ailments that rob us of life quality, and, when severe enough, of life quantity as well.

The Many Benefits of Fish Oil

Studies have shown that omega-3 fatty acids like EPA and DHA have benefits in metabolic disorders such as obesity and diabetes, in neurological disorders like depression and Alzheimer’s, as well as in cancer and autoimmune disease.

Omega-3s favorably affect this wide variety of conditions because they reduce the body’s overall burden of inflammation.

This is especially evident in metabolic disorders.

Type II diabetes is a common consequence of obesity, because the inflammation it causes leads to insulin resistance, high blood sugar, and worsening obesity—creating a vicious cycle.

Fish-oil supplementation has been shown to have remarkable benefits in people with type II diabetes. These include decreasing fasting blood sugar, markers of sustained high blood sugar (e.g., hemoglobin A1c), and insulin requirements, as well as reducing episodes of dangerously low blood sugar.

Non-alcoholic fatty liver disease (NAFLD) is a major consequence of obesity and diabetes that occurs when fat cells build up in the liver causing massive amounts of inflammation.

When not properly controlled, NAFLD can progress to non-alcoholic steatohepatitis (NASH), a more serious condition in which the liver becomes damaged or scarred.

Human studies show that supplementing with omega-3s has substantial benefits in patients with the condition.

For example, omega-3s have been found to significantly improve liver blood flow, decrease deposits of liver fat, reduce liver enzyme levels in the blood (a marker of liver-cell injury), and lead to significant increases in insulin sensitivity.

Studies also show an over 98% reduction in the risk of having more severe liver disease after treatment with DHA, compared with a placebo group.

One study also showed that omega-3 supplementation not only slowed the progression of NAFLD to NASH, but reversed some of the structural damage that had already occurred in the liver. This is a landmark finding, considering this type of liver damage is considered irreversible.

Finally, in a 2017 review of clinical trials in which NAFLD was treated with fish-oil supplementation, 12 separate trials reported decreased liver fat or other markers of NAFLD. The authors suggested that longer treatment duration and improved patient compliance may be important factors for success.

NOT ALL FISH-OIL PREPARATIONS ARE THE SAME

Quality counts with all supplements, but it is especially critical when considering fish-oil.

The sources, processing, shipping, and final concentration of fish-oil products are critical indicators of their quality—and many fall short.

Before choosing a fish-oil supplement, you should consider two important categories:

As an example, a readily-available commercial “natural fish oil” supplement sold at a major US pharmacy chain offers an enormous jar of softgels at an apparently reasonable price. But if you take a closer look, you’ll see that the recommended dose contains 3,600 mg of “total fish oil,” but only 1,080 mg of “total omega-3” fats—and there are no details about exactly how much EPA and DHA is present.

That means that just 30% of the daily dose may be composed of beneficial EPA/DHA.

To achieve desired intake, you would need to take six large softgels of the commercial product, risking fishy burps and other unpleasant side effects.

In addition, few major fish-oil distributors reveal their geographical location, the amount of processing, or the environmental impact of their operations. Many processing plants are located far from the harbors where fresh fish are brought. And few fish-oil operations are owned or operated by the fishermen who bring home the harvest, limiting their personal and ethical investments in the product.

A partnership between a “lipid technology” expert and the two largest fishing companies in Chile (a major source of ocean fish worldwide) began active production in 2012.

This partnership has a pilot processing plant on-site, where fishing boats arrive daily to unload the freshest possible catch. The operation has a tiny ecological footprint and is in compliance with the very latest sustainable fisheries recommendations and certifications.

Achieving a high concentration of the active EPA and DHA forms of omega-3 is a priority. At their new seaside plant, fish are harvested, and oil is extracted with a process called selective crystallization, which achieves final concentrations of EPA and DHA in the range of 60% to 85% of the product (compared with 30% in most commercial products). This high concentration means smaller softgels are packed with more essential omega-3 fatty acids.

A daily dose of the new fish-oil composition (two softgels, taken twice daily with meals), provides a total 3,580 mg of fish oil that supplies 1,500 mg EPA and 1,000 mg DHA. That means 70% of the daily dose is composed of the beneficial omega-3 fats.

Omega-3s are a virtual necessity for sustaining heart, brain, and overall body health. Choose fish oil as selectively as you would choose fish for the table—wholesome, sustainably harvested, and fresh.

The amount of omega-3 fats in the brain dwindles as we age. This leads to losses of brain plasticity, which is the ability to rapidly form new connections and retain new impressions and memories. It is also correlated with the diminished ability to use glucose as fuel—an energy deficit that has been linked to mental slowing and neurological impairment.

The inflammatory changes may begin years—perhaps decades—before symptoms occur, which reinforces the importance of supplementing with fish oil before major symptoms arise.

For example, in a study of adults with mild cognitive impairment (which often precedes dementia), a daily supplement of 720 mg EPA/480 mg DHA improved basic cognitive aptitude, speed of perception, and working memory compared with people receiving a placebo.

In a study of healthy adults between 50 and 75 years old, supplementation with 1,320 mg EPA/880 mg DHAdaily for 26 weeks improved memory performance and ability to recall object locations. 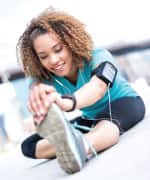 Depression comes in many different forms and can arise for any number of reasons. Studies consistently show that omega-3s have benefits against depression, regardless of the cause.

For example, one study evaluated the impact of omega-3s on women with major depression associated with menopause. After eight weeks of taking 930 mg EPA/750 mg DHA daily, the average standardized depression score fell by 56%.

Even more compelling data from this same study showed that 45% of participants reported feeling normal and experiencing no depression by the end of the trial. As an added benefit, the women experienced a reduction in the frequency of hot flashes with supplementation.

In a more recent study, young adults with symptoms of depression were randomly assigned to take either a placebo or 1,000 mg EPA/400 mg DHA daily.41 After just 21 days, scores on the depression inventory (a self-reported test that measures the severity of depression) fell significantly in supplemented subjects, but not in the placebo group. This study found that 67% of the patients taking omega-3s “no longer met the criteria for being depressed.”

A human and an animal study both suggest that the antidepressant effects of fish oil/omega-3s may be a result of anti-inflammatory activity. 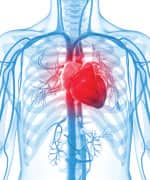 The ability of omega-3 fats/fish oil to fight inflammation and induce favorable gene expressions in various tissues is now attracting the attention of researchers in virtually all fields of medicine.

Here are just a few highlights of some recent studies:

• Cancer is highly dependent on inflammatory changes for its promotion once a malignant cell has developed.44-46 Animal and human studies are revealing multiple ways in which omega-3 fats may quell cancer-associated inflammation, with far-reaching effects, in colorectal, breast, pancreatic, and blood system cancers.

• Autoimmune diseases are a group of destructive disorders characterized by out-of-control inflammation and the immune system attacking one’s own tissues. These conditions are relatively common in the elderly. Current treatments are less than adequate, often requiring high doses of immunosuppressive drugs. A pair of studies has shown impressive results of fish oil/omega-3 supplementation in patients with rheumatoid arthritis, a notoriously painful autoimmune disease for which conventional treatments can be highly problematic.

• Chronic kidney disease and its progression are closely linked with high levels of inflammation, making it an ideal target for omega-3 intervention. Two recent papers examined the role of omega-3 supplementation in chronic kidney disease. One showed that omega-3 fats were an effective solution for one of the most frustrating and even disabling symptoms of this disease, chronic itching, also known as pruritus. In another study, omega-3 supplementation resulted in longer telomeres, which are the longevity-associated chromosomal “clocks” that shorten as we age.

These findings are almost certainly the tip of a very large iceberg, as researchers pursue potential benefits of omega-3s in a host of inflammation-related disorders.

New studies on omega-3 fats suggest still more mechanisms of action—and ultimately more roles for these versatile nutrients in preventing disease and promoting good health. Here is a summary of their findings: