Those who follow a Mediterranean diet have an increased quality of life with a lower mortality rate.

Unrefined extra virgin olive oil, a chief component of the Mediterranean diet, has been given significant credit for the diet’s health-promoting ability, especially with its rich polyphenol content.

One study in particular caught mainstream media attention. This study, with nearly 19,000 participants, showed that those who consumed the highest quality foods, and who most closely adhered to a true Mediterranean diet, were the ones who were most likely to derive the benefits, including sharp reductions in coronary heart disease and stroke.

In a study conducted in Italy, almost 19,000 people were assessed to determine their adherence to a Mediterranean-style diet. The researchers discovered that people who derived the greatest health benefits ingested higher concentrations of micronutrients such as polyphenols.

One of the greatest sources of polyphenols in the Mediterranean diet stems from extra virgin olive oil. Olive oil that is not extra virgin is commercially produced in a way that degrades the polyphenols.

The situation is even worse in America, where an estimated 80% of extra virgin olive oil does not meet the legal grades to be called extra virgin. Producing top-quality olive oil takes time and care, and there are many unscrupulous providers that intentionally mislabel their product to make money.

The lead author of the Italian study on Mediterranean diet quality suggested that testing for levels of polyphenols and other diet-derived natural compounds would be the ideal way to confirm the importance of this quality. 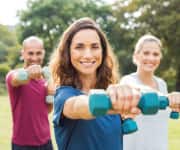 Increasing evidence suggests that the polyphenol hydroxytyrosol should be given the most credit as it makes up approximately 50% of extra virgin olive oil’s total polyphenol content.

In 2017, the American Journal of Clinical Nutrition published a study that evaluated the effects of hydroxytyrosol on a cohort of 1,851 men and women.

To be eligible for this study all participants had to be at high-risk for cardiovascular disease.

The participants averaged age 67 and had either type II diabetes or at least three or more major risk factors: smoking, hypertension, dyslipidemia, overweight/obesity, or a family history of premature cardiovascular disease.

The subjects were divided randomly into one of three different intervention groups:

To measure hydroxytyrosol ingestion, urinary levels of its metabolite (homovanillyl alcohol) were measured.

Compared to those in the lowest quintile, individuals in the third or higher quintile levels of homovanillyl alcohol had at least 56% reduced risk of a cardiovascular event (heart attack, stroke, or death from cardiovascular cause). In addition, subjects in the highest quintile of homovanillyl alcohol had, on average, 9.5 years longer life after the age of 65.

The highest urinary levels of homovanillyl alcohol were obtained by the subjects whose intervention included a traditional Mediterranean diet with the addition of extra virgin olive oil.

Research on olive oil has been primarily focused on its cardiovascular support. However, a growing amount of research in the last decade has shown that it also reduces the risk of Alzheimer’s disease.

In a revealing animal study, researchers examined the effects of extra virgin olive oil on mice genetically prone to develop neurodegenerative changes typical of Alzheimer’s disease, such as a myloid plaque. These six-month-old mice were divided into two groups, one fed a standard diet, and the other group the same standard diet plus extra virgin olive oil. After six months, they found significant differences in their behavior and neuropathology. The researchers concluded that extra virgin olive oil exerted a beneficial effect on all major characteristics of Alzheimer’s disease, including behavior and neuropathology.

To test their neuropathology, all major biomarkers for Alzheimer’s disease (beta-amyloid, tau proteins, and synaptophysin) were recorded.

Beta-amyloid and tau are deleterious proteins that, through many mechanisms, cause cellular dysfunction and death. Synaptophysin is a protein marker of synaptic integrity.

The research found that in the mice fed extra virgin olive oil, there was a significant decrease in these deleterious proteins and an increase in the beneficial synaptophysin.

Autophagy is how cells rid themselves of debris that interferes with normal healthy cellular function.

This study, conducted by researchers at Temple University, was significant enough to catch media attention in USA Today.

A fracture in the hip has a higher mortality rate than all other fractures in the elderly. The incidence of hip fractures are increasing yearly by 1%–3% in most regions of the world.

A meta-analysis of three studies revealed that adherence to the Mediterranean diet was associated with a 21% reduced risk of hip fractures.

In an additional study, a key component of the Mediterranean diet, extra virgin olive oil, was tested against a diet high in nuts, or a low-fat diet, on 870 subjects ages 55-80 with high risk of cardiovascular disease. The subjects were monitored over a median follow-up of 8.9 years, during which 114 cases of osteoporosis-related fractures occurred.

Subjects who integrated the highest amounts of extra virgin olive oil into their diet had a 51% lower risk of fracture.

The most common way to assess the risk of fracture is a bone densitometry study, which is a specialized type of X-ray. These tests generate a “T-score” – higher T-scores mean greater bone-mineral density, and lower risk of fracture.

In another study on bone density, a group of researchers determined the T-scores of 418 subjects, average age of 50, and compared their diets.

Olive oil’s bone-health supporting potential has also been demonstrated in animal studies. In one study, rats were assigned to one of four diet regimens. All received a regular diet, but with fat from either virgin olive oil or sunflower oil, which is high in omega-6 fatty acids. Two additional groups received supplemental CoQ10 in addition to olive or sunflower oil.

In aged rats (24 months old), loss of bone mineral density was significantly greater in sunflower oil-fed rats compared to the group that received olive oil. Interestingly, bone-mineral density and concentration was markedly increased, in both diet groups when supplemented with CoQ10.

The researchers found that sunflower oil was associated with significantly greater oxidative stress, which was effectively controlled with CoQ10 supplementation. 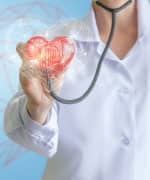 In a double-blind placebo-controlled study on 41 adult women, extra virgin olive oil was able to increase the weight loss effect of an energy restricted diet. A control group of 20women was selected to eat a daily high-fat breakfast with added soybean oil, and an intervention group of 21 women received a high-fat breakfast with the addition of extra virgin olive oil.

F2-isoprostanes are produced by the reaction of free radicals with arachidonic acid. It is an under-utilized marker for oxidative stress. An innovative study found that the odds of coronary heart disease in individuals with the highest levels were elevated up to 30-fold compared to those with normal levels.

Triglycerides were long ago shown to increase vascular disease risk when elevated.

The blood marker most commonly evaluated for coronary artery disease risk is LDL cholesterol. The majority of the cardiovascular damage caused by LDL comes from its oxidized form. In a study of 71 subjects, a year-long Mediterranean diet intervention enriched with extra virgin olive oil was able to increase LDL’s resistance to oxidation by 6.46% and decrease the degree of LDL oxidative damage by 36.3%.