The Overlooked Importance of Bone Health

People often think of bone loss as something that happens mostly to elderly women.

The reality is that more than half of adults over age 50 in the United States—including men—have bone lossor osteoporosis.

Up to one-quarter of men over 50 will suffer an osteoporosis-related fracture. Men who suffer from a major fracture are more likely than women to die from the same injury.

Poor bone health predisposes us to fractures. A bone fracture not only creates painful loss of mobility, but is also life-threatening.

In older adults with hip fractures who are bedridden, risk of pneumonia and formation of deadly clots skyrockets.

Osteoporosis is associated with an increased risk of other age-related conditions, including cancer,7atherosclerosis, dementia, and depression.

This makes it essential for men and women to take active steps to prevent bone loss.

In addition to calcium and vitamin D, researchers have identified other key nutrients that promote bone formation, including magnesium, silicon, and boron.

We need to be sure we’re getting these nutrients to optimize bone density—and overall health—as we age. 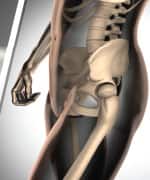 Most people associate calcium with bone health, and for good reason. Adequate calcium intake is needed for the proper mineralization, strength, and structure of bones.Despite this common knowledge, most Americans fail to get enough calcium in their diets.

Studies show that supplementation with calcium (in the form of calcium citrate or calcium carbonate) makes a substantial difference in the rate at which bone breakdown and loss of minerals occurs.

In multiple studies of early- and mid-postmenopausal women, supplementing with 800 mg–1,000 mg of calcium citrate daily was shown to effectively stop bone loss in the lower vertebrae and forearm, two common fracture sites in older adults. It also significantly improved bone density at other sites, including the hip and total body, compared to placebo recipients.

Research has also shown that several markers of bone resorption, or breakdown, decreased in the patients supplementing with calcium citrate.

A 2014 comparison study found that calcium citrate and calcium carbonate are effective in raising serum calcium levels and reducing markers of bone loss.

Ample calcium intake is a prerequisite for good bone health, but bones are made of more than calcium. They rely on a variety of nutritional and lifestyle factors to support their health.

One key nutrient that works in conjunction with calcium is vitamin D.

Most people don’t get anywhere near the recommended intake of vitamin D.

This is a major concern because vitamin D insufficiency (below 20 ng/mL) can accelerate osteoporosis, especially in aging men and women.

Current recommendations are that people with vitamin D levels below 20 ng/mL should supplement with 800–1,000 IU/day, along with adequate calcium intake.

Vitamin D works hand-in-hand with calcium to reduce the risk of osteoporosis. It promotes intestinal absorption of calcium and helps direct how calcium is incorporated into bone.26,27 It also facilitates the transfer of calcium from the blood and other extracellular fluids to the surface of bones, where it makes them stronger and less likely to break. Vitamin D helps the body absorb zinc and manganese as well, which are trace elements essential for bone metabolism.

A 2017 study demonstrated that three years of calcium and vitamin D supplementation powerfully influenced both the mineral and the organic protein matrix of bone.

One study found that up to 30% of those taking bone-protective bisphosphonate drugs did not respond well to treatment, which could be a result of low vitamin D levels. Non-responders tended to have low vitamin D and higher loss of a marker of bone loss.

This study showed that people with vitamin D levels lower than 30 ng/mL were more than four times as likely to fail to respond to drug treatment for osteoporosis.

Despite the consistency of these findings, many physicians who prescribe bisphosphonate drugs fail to supplement their patients with these critical nutrients.

Magnesium is another essential component of the bone mineral matrix. About half of all magnesium in the body is stored in bone.

Zinc is another key nutrient that is essential for bone health. Research shows that higher levels of zinc correlate with better bone mineral density, while lower blood levels have been associated with osteoporosis.

That may be because zinc stimulates the activity of bone-forming osteoblasts, while suppressing bone-resorbing osteoclasts. Zinc also suppresses the bone-destroying effects of inflammatory compounds by modulating activity of the “master regulator of inflammation” nuclear factor-kappaB (NF-kB).

Manganese is a trace element with numerous properties that promote healthy bones.

In a rat model of postmenopause, manganese supplementation significantly improved both bone mineral content and bone mineral density in the femur, the large bone in the thigh.

And in a study of postmenopausal women, combination of manganese, zinc and copper with calcium stopped bone loss in its tracks.

We typically think of bones as solid, static structures. In reality, they are living tissues that are constantly changing and responding to environmental stresses and other factors. With movement, exercise, weight gain, and other changes, bones grow stronger in some sections, while thinning in others.

In healthy adult bones, this process is kept in balance. But as we age, the withdrawals start to outweigh the deposits, which reduces bone-mineral density and increases osteoporosis and fracture risks.

The problem is that sex hormones decrease starting in midlife, and this decline accelerates at menopause and andropause—which means they’re not able to preserve and maintain bone strength and quality as well as they should. The result is an overdraft in the bone mineralization “bank account,” ultimately leading to thinner bones and a higher risk of fractures.

These hormonal changes are a critical and too often overlooked factor in the rising osteoporosis risk we face as we age.

But beware, many common drugs can also contribute to osteoporosis risk. Take a look:

• Cancer-fighting drugs that inhibit sex hormones, such as anti-androgen therapy (which reduces levels of testosterone) and aromatase inhibitors (which reduce estrogen activity), cause or contribute to bone loss, osteoporosis, and fracture risk.

• Corticosteroids (prednisone, hydrocortisone, dexamethasone, and many others) have a clear and important association with bone loss and increased fracture risk.

• Warfarin  inhibits calcium from being incorporated into bone protein. At the same time, it also increases the risk of mineral deposits precisely where we don’t want them: in arterial walls.

• Proton-pump inhibitors can slow calcium absorption from the stomach, depriving the bone matrix of the minerals it needs to support a positive bone mineral balance.

People taking any of these drugs may want to monitor their bone mineral status, as may people concerned about the impact of aging on their bones.

The most common bone mineral density test is DEXA. A problem with DEXA is that it can pick up calcification of blood vessels and arthritic regions and report this as bone density that does not exist. Life Extension® has long advocated for QCT (quantitative computerized tomography) bone mineral density testing. The challenge with QCT is it is not widely available like DEXA is.

Silicon is the second most abundant element in the Earth’s crust.47 Most people think of this element in terms of its role in computers and engineering applications, but it plays a significant role in a number of life-science areas, including bone mineralization.

Animal studies of postmenopause show that silicon supplementation stops bone loss both in the vertebral column and in the femur (upper leg), while promoting bone growth and mineral density in the femur and tibia (lower leg). Closer examination in one animal model of postmenopause showed that silicon improved bone quality by reducing bone resorption—especially in those with low calcium intake.

A destructive effect of osteoporosis is the loss of the calcium from bone tissues, which leaves bones susceptible to fractures.

But where does the calcium go?

Discoveries over two decades show it often winds up in a bad place: the linings of blood vessels.

Lower bone densities (a measure of calcium content in the bones) are strongly associated with higher levels of dangerous arterial calcification, which occurs when calcium is deposited in the walls of blood vessels that supply blood to the body and the brain.

This can be clearly seen on standard X-rays of the lower spine, where dense calcium mineral deposits in the aorta lie immediately next to shadowy, calcium-depleted vertebrae

In some instances, the calcification may form around valves.This can lead to narrowing of important heart valves, such as the aortic valve, leading to decreased blood flow, unhealthy thickening of the walls of the heart, and in later stages symptoms including fatigue and shortness of breath with mild exertion, and chest pain (angina).

• For example, one study showed that patients with osteoporosis had a disturbing 5.6-fold greater odds of having coronary artery disease than those without osteoporosis.

• Men with low bone-mineral density in the spine have up to 36% greater risk of cardiovascular disease than those with normal density.

• Among women, the risk of heart disease rises by as much as 28% with each incremental loss of bone-mineral density.

Keeping calcium in the bone (which is what vitamin K2 helps facilitate) can provide the added benefit of reducing vascular calcium deposits, thereby simultaneously fighting two destructive pathologies of aging.

Boron is a component of the Earth’s crust that plays an underappreciated part in human health.

Clinical studies show that when people don’t get enough boron, they experience signs of bone loss resembling those seen in older men and in postmenopausal women with osteoporosis.

Supplementation with boron has been shown to improve bone health specifically in diabetic mice, an important finding since diabetes is associated with lower bone density, bone quality, and fracture risk.

Supplementation with at least 3 mg/day of boron is recommended for anyone at risk of osteoporosis, or for those who don’t consume a lot of fruits and vegetables.

While a certain amount of bone loss may occur with aging, developing osteoporosis is not inevitable. Regardless of genetic risks, most of us can maintain strong, fracture-resistant bones by exercising regularly, receiving preventive health check-ups, and nourishing our bone-building cells with bioavailable calcium and other supportive nutrients.

• Both men and women should follow a program of regular weight-bearing exercise to strengthen their bones. Join a gym or consult with a physical trainer.

• Request a bone density test from your physician. QCT is superior to DEXA when measuring bone mineral density, but DEXA is often the only test available in many regions.

• Eat foods that are rich in calcium, other minerals, vitamins, and that are relatively low in phosphorus. Pay special attention to dark leafy vegetables, legumes, whole grains and, in moderation, milk products.

• Regardless of your gender, consider natural hormone replacement from midlife onward with appropriate hormones, under medical guidance.