Break the Cycle of Chronic Pain

A recent study showed pain-relieving drugs taken for as little as one to seven days increase risk of heart attack by 48% for those taking ibuprofen (Motrin® or Advil®). This same study found that naproxen (Aleve®) users suffered 53% more heart attacks.

Those who chronically use NSAID drugs like ibuprofen increase their risk of kidney impairment by 32%.

Today’s opioid epidemic is resulting in over 100 daily overdose deaths.

A safe alternative is urgently needed.

Scientists have identified two natural compounds that can work together to reduce the underlying causes of pain.

The first compound, PEA (palmitoylethanolamide), is a fatty acid produced by the body to reduce inflammation and works at the site of tenderness to turn off the pain signal.

The second, honokiol, extracted from the Magnolia tree, operates in the central nervous system to affect how our brains perceive pain.

Compared with pharmaceutical pain drugs, PEA has been shown to be safer and more effective.

For those who suffer from back discomfort, neuropathy, carpal tunnel syndrome, and other types of chronic pain, this may be the natural advance they’ve been waiting for.

The evidence supporting these two ingredients may radically alter how chronic soreness is managed.

The Problem of Chronic Pain

More than one in 10 Americans suffer fromchronic pain, which increases with age.

Much of the current opioid epidemic arises from inappropriate prescribing of drugs that work well for immediate and localized acute pain but not for managing ongoing chronic pain.

Chronic pain is more difficult to manage because it involves both peripheral inflammation at the site of an old injury and central amplification of the painful stimulus in the brain.

Drugs that are highly effective in treating acute pain fall short when it comes to chronic pain largely because they act only in a portion of the chronic pain cycle. Yet, all too often, doctors still prescribe opioids for chronic pain, which can result in the patient obtaining little relief while becoming quickly addicted.

That’s why scientists aggressively searched for a safe alternative. They discovered a natural, non-narcotic approach in the form of two natural compounds known as PEA and honokiol, that can work together to combat the underlying causes of chronic pain.

Most importantly, these bioactive compounds do not (and cannot) produce addiction or dependence because they do not involve the human body’s powerful opioid receptors.

To understand why PEA and honokiol represent an advance in the long-term management of chronic pain, let’s look at some recent studies. 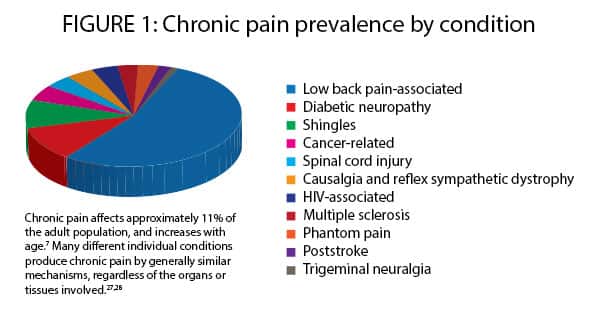 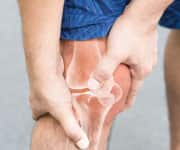 Pain is the body alerting us that something is wrong. The challenge is both addressing the underlying cause of the pain and turning off the pain signal.

Most pharmaceuticals come in with a sledgehammer to do the job. A better approach is to selectively target the source of discomfort, not the entire body.

A promising solution for natural pain management has been found in PEA, a fatty-acid derivative that our bodies produce in response to inflammation-inducing damage.

The nature of PEA was first identified by Nobel Laureate Rita Levi-Montalcini, the co-discoverer of nerve growth factor and other mechanisms by which pain signals are developed and transmitted.

PEA is the acronym for palmitoylethanolamide.

PEA is categorized as an endocannabinoid (a natural neurochemical signaling molecule), but it has not been found to bind to specific cannabinoid receptors. Moreover, PEA has no documented risk of dependency or adverse effects, which sets it apart from most other treatments for chronic pain.

Multiple clinical trials and other human studies, involving more than 1,100 participants, have established the validity of PEA as a powerful, peripherally-acting pain reliever.3,4 Peripherally-acting compounds work at the site of the original injury, helping to break the chronic-pain cycle.

One of the larger studies followed 636 people suffering from sciatic nerve pain over a 3-week period.13Sciatic pain involves inflammation and pressure on the main nerve supplying the back portions of the leg.

Sciatic pain affects up to 43% of people and is associated with lower-back pain, one of the most common forms of chronic irritation.

In this study, patients were randomly assigned to receive either a placebo or one of two doses of PEA (300 mgor 600 mg per day).13 After three weeks, both pain reduction and quality-of-life scores were significantly better among the PEA users than the placebo recipients. Those taking the larger 600-mg dosage had better outcomes than those in the 300-mg group.

In pain studies, researchers determine how many patients would need to be treated on average for one to achieve a 50% reduction in pain. This is called the number needed to treat.

The standard number needed to treat for a useful pain intervention is less than 5, with 1 being statistically perfect (meaning every patient treated achieves at least 50% pain reduction).

In this PEA study, the number needed to treat in the 600-mg-per-day group was calculated at just under three at week 2, and impressively, just 1.5 at week 3.

In other words, PEA showed incredible pain-reducing effectiveness that surpassed most pharmaceutical standards.

A number needed to treat as low as 1.5 is virtually unheard-of in this field, and indicates a remarkably high degree of effectiveness at pain reduction.

Breaking the Cycle of Chronic Pain

Another placebo-controlled study of PEA involved subjects with carpal tunnel syndrome, a common and painful condition that results in tingling, weakness, or numbness in the hands. Carpal tunnel syndrome arises when inflammation-induced swelling presses on nerves that extend through a narrow space in the wrist.

In this study, subjects received either no treatment (control), or a dose of either 600 mg or 1,200 mg PEA daily for 30 days. Measurements of nerve conduction were made at the beginning and at the end of the study to develop an objective measure of how effective the PEA treatment was.

A nerve conduction test that runs fast indicates significant pain signals are being generated at the sore site.

This study of carpal tunnel syndrome patients demonstrated that PEA induced a slowing of conductionalong the median nerve, which stimulates much of the hand and conducts back pain signals.

These improvements in the nerve conduction test are clinical indicators of the inflammation-reducing, function-improving properties of PEA with regard to chronic pain.

In this same study, PEA recipients reported reductions in symptoms and discomfort compared with control subjects.

Pain relief when compared with patients receiving no treatment or placebo is a key finding. The next question scientists sought to answer was: How does PEA stack up against a proven painkiller (ibuprofen)? 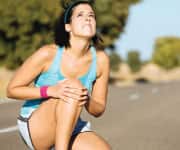 The answer comes from a study comparing PEA head-to-head with one of the most common first-line pain relievers, ibuprofen, a non-steroidal anti-inflammatory drug (NSAID).

In that study, researchers evaluated 24 patients ages 24 to 54 with temporomandibular joint (TMJ) pain. This is a common and debilitating chronic pain condition involving inflammation of the jaw joint.

The subjects were randomly assigned to take 600 mg ofibuprofen three times daily for two weeks, orPEA treatment, 300 mg in the morning and 600 mg in the evening for the first week, and only 300 mg of PEA twice daily for the second week.

After two weeks of treatment, the PEA group experienced significantly greater decrease in pain compared with the ibuprofen group. The ability for the subjects to open their mouths wider (which determined range of motion) and with less pain improved more in the PEA group as well.

It is interesting to note that in a separate study, investigators also looked at PEA’s potential role in fighting the opioid painkiller epidemic. That study showed that mice treated with morphine plus PEA were less prone to develop morphine tolerance, compared with animals receiving morphine alone.

Opioid tolerance means that the patient quickly gets used to the opioid and needs increasingly higher, more dangerous doses to achieve pain reduction.

From this study, we can deduce that when PEA is given along with an opioid, the patient will likely not require increasingly higher doses to achieve the same pain relief effect and may be less likely to become addicted.

To further enhance PEA’s pain-suppressing action, scientists began searching for a second compound that could approach pain reduction from a different point to provide deeper, complementary, more consistent relief. In their search of the literature, they identified honokiol.

TABLE 1: CHRONIC PAIN MEDICATIONS AND THEIR SIDE EFFECTS 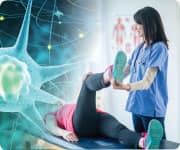 While PEA achieves its pain-relieving effects by suppressing inflammation and painful stimuli at peripheral sites of old injuries, honokiol operates in the central nervous system to affect how our brains perceive pain.

Honokiol binds to GABA (gamma-amino butyric acid) receptors in the brain. GABA is a neurotransmitter that generally induces a calming, pain-dampening signal in the brain.

Loss of GABA receptors and reduced GABA signaling plays an important role in the transition from acute to chronic pain because it leaves the brain open to continued stimulus from an old injury.

By mimicking GABA’s actions, honokiol can effectively interfere with the chronic pain cycle, restoring a natural pain-dampening effect in the brain. This is an approach being hotly pursued by pharmaceutical companies.

It has been shown that following oral administration, honokiol is quickly absorbed and then evenly distributed throughout the brain, the central processor where chronic pain is amplified.

In an impressive study, honokiol proved capable of inducing a significant pain-relieving effect in the brain.Mice were treated with honokiol or a control injection. Scientists then injected the mice with a variety of substances known to activate receptors that send pain signals to the brain. These receptors are involved in hyperalgesia, an important component of chronic pain in which the perceived pain is worse than the stimulus demands.

For each pain-inducing substance, the mice were first timed on how long they spent licking the painful site. (Longer licking implies more severe pain perception.) They were then timed to see how long it took them to withdraw their paw from a hot water bath. The longer it took, the less severe the pain was indicated to be, because the animal tolerated the hot water longer.

In every case, the animals treated with honokiol, particularly those at a higher dose, showed significant reductions in total licking time, and significant increases in the time for paw withdrawal from the hot bath. Both of these actions indicated a reduction in pain. This study demonstrates how honokiol, acting in the brain, can break the chronic pain cycle.

When combined, PEA and honokiol provide a dual action approach to chronic pain. Their unique, targetedactions can provide safe pain relief without the risks of harmful drugs.

Palmitoylethanolamide (PEA) has powerful anti-inflammatory effects in peripheral tissues and nerves, properties that make it a leading candidate for breaking the chronic pain cycle.

But inflammation is also a major concern in the central nervous system, particularly in the brain, where inflammatory changes lie at the root of devastating neurologic conditions such as Parkinson’s and Alzheimer’s diseases.

A potential role for PEA is now being envisioned as part of intense efforts to slow or stop Parkinson’s disease from progressing to disability and dementia. A study published in March 2017 illustrates the impressive progress being made.

In the study, 30 people with advanced Parkinson’s, being treated with levodopa therapy, were evaluated with a cognitive test battery designed for Parkinson’s patients, before and after receiving 1,200 mg of PEAdaily for three months, followed by 600 mg daily for up to one year.

This study showed a significant and progressive (over time) reduction in both motor and non-motor symptoms. In addition, by the end of the study year, the number of patients with symptoms was reduced from baseline—a previously unheard of reversal in this chronic disease’s progression.

Clearly, we have much more to learn about the potential for PEA to reduce neuroinflammation, both in the periphery to reduce chronic pain, and in the central nervous system to prevent or even reverse the symptoms of chronic neurodegenerative diseases.