The Cleanest Water On Earth? Hint: It’s Not Rainwater! 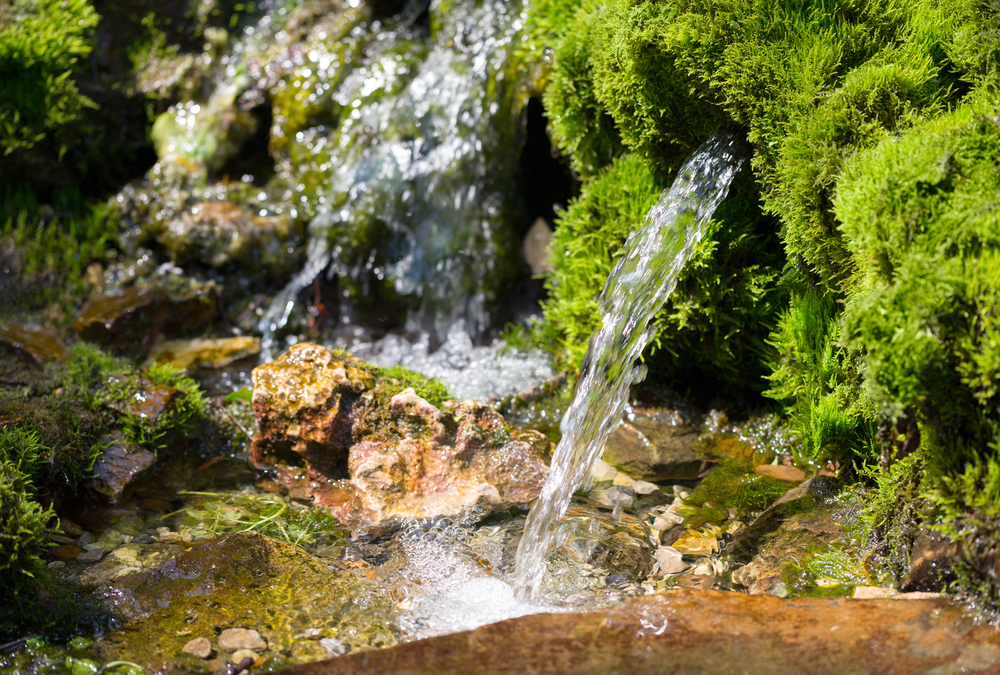 For a something that is so acutely integral to our existence, water is still a widely misunderstood commodity. The quality of water that we allow into our bodies can have substantial effects on our health at a cellular level. We rely on it for a multitude of bodily functions such as forming saliva, manufacturing hormones, protecting organs and tissues, lubricating joints, preventing constipation, regulating body temperature, delivering nutrients around the body and flushing out toxins.

With that in mind, it would seem obvious that ensuring the quality of our drinking water should be a priority for anyone who cares about their wellbeing, however, identifying clean water can be a little more complicated than most people think.

When I was a kid, my parents taught me that the best type of water to drink was rain water because it was natural & untouched. Every time dark clouds began to form on the horizon, my sister and I would grab all the pots, pans and buckets from around our house and arrange them on the lawn in an attempt collect some of this natural bounty for ourselves. In my mind, it made perfect sense that water falling from the sky must be the purest type of water on earth.

Years later that belief was challenged when I began listening to Daniel Vitalis’ “Rewild Yourself” podcast; a series in which he explores ways that modern humans can, at least partially, throw off the shackles of domestication and live a life closer to nature. One episode titled “Why I Forage Wild Water” began to transform the way I think about water quality.

What Is Wild Water?

Water that has not come into contact with the toxic array of man-made pollutants that exist in most of our planet’s surface and atmosphere is referred to as “wild water”. When you consider the far-reaching influence that our species’ has had on this planet, it’s quite incredible to imagine that any natural substance could possibly be immune from pollutants; yet wild water does still exist and to correctly understand what it is, we first need to understand what it is not.

Tap Water Is Not Wild

Let’s start with the basics. We all know that tap water is about as far away from “clean” as drinking water gets. An investigation published by the New York Times in 2009 found that American tap water often contains arsenic, lead, barium, and other toxic chemicals which can pose serious health risks, even in small quantities. Also, the amount of processing we apply to public water is mind-boggling.

The average U.S. municipality water treatment process goes something like this:

Suffice to say that by the time tap water has been pumped through miles of (often corroded) pipes and undergone all manner of sterilizations, it’s not really the type of substance that you want 60% of your body to be composed of.

Bottled Water Is Not Wild

Bottled water may originate from a wild or semi-wild source, but the majority of it is kept and transported in vessels that contain BPA (Bisphenol A), a substance that is linked to serious health issues.

Most bottled water also undergoes a harsh filtration process which can render the water “dead” with very little of its original mineral content remaining.

Surface Water Is Not Wild

This may be a bit challenging to accept, but surface water (rivers, lakes, dams, oceans) is not “wild” due to the simple fact that it cannot escape human pollutants.

Regardless of where surface water is found, there will likely be some synthetic compounds present, whether from farm run-off, industrial waste, atmospheric pollution or even just human contact such as boating or fishing, which can leave harmful residue in the water.

Rain Water Is Not Wild

Another casualty of the post-industrial world is rain water; which can now no longer be considered wild. In the same way that surface water can’t be immune from human influence, our atmosphere is also full of pollutants which are caused by a variety of man-made factors. As water vapor in the atmosphere begins to condense, it absorbs the chemicals and gasses that surround it and falls back to the surface as rain, invariably bringing traces of these impurities with it.

Spring water is widely accepted to be the cleanest water on earth; provided that it has been sourced naturally and not subjected to transportation factors such as pumps, pipes, faucets or BPA-laden bottles.

Spring water is formed over the course of hundreds or thousands of years, as surface water sinks through multiple layers of organic material including sand, gravel and rock, eventually pooling in underground aquifers. This process is an incredibly effective form of natural filtration and causes the water to be thoroughly cleaned of impurities. A spring then occurs when groundwater from an aquifer becomes pressurized to a point at which it is forced back up to the surface.

The incredible thing about this source of water is that most of it existed as surface water prior to the development of the technology that allowed us to produce harmful synthetic compounds. Therefore, due to the amount of time required for water to reach an aquifer, almost all of our natural spring water has been protected underground for longer than we have had the ability to pollute it.

So there you have it – naturally sourced spring water is the cleanest water on earth! If you’re interested in learning about great ways to harvest spring water, check out Daniel Vitalis’ community project, Find A Spring; which encourages people to identify and share spring resources and locations from around the world!