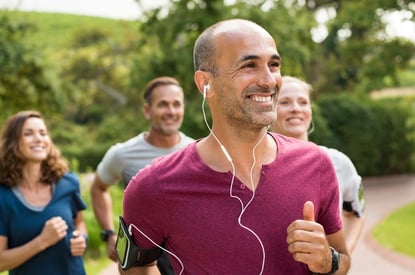 Depending on where we live and what season it is, many of us lose access to the “sunshine vitamin”, vitamin D. Most doctors today recognize the importance of vitamin D, as it has taken center stage in health issues, and will recommend supplementation to replenish our stores. Deficiencies of vitamin D have been linked to heart disease, depression, weight gain, cancer and osteoporosis. A recent study even found inadequate vitamin D levels associated with a higher prevalence of muscle injuries in NFL players. However, like most nutrients in the body, vitamin D does not act alone, but is a member of an entire orchestra of fat-soluble vitamins that work synergistically.

Other prestigious members of the fat-soluble vitamin family include vitamins A, E and K. We might know vitamin A for its essential role in cellular reproduction and differentiation, its importance for good vision and its necessity for the proper development of the embryo and fetus, healthy thyroid function and skin integrity. But what might be a lesser known fact is that vitamin A plays a role in the absorption of vitamin D. Vitamin D may only be able to activate its receptor with the direct cooperation of vitamin A. According to a study in Molecular Cell Biochemistry, “Vitamin A status modulates the retinoid X receptor,” there exists what is called an “allosteric communication” triggered by the retinoid X receptor ligand with a role in vitamin D signaling. The two vitamins essentially communicate with one another.

In another study, The Role of Fat-Soluble Vitamins in Osteoarthritis Management, we also witness the beautiful dynamic between vitamins D, E and K. Although the precise pathological mechanism behind this chronic degenerative disease is unclear, the nutritional roles of the fat-soluble vitamins are well understood.

“Vitamin D plays an important role in the development and maintenance of the skeleton, as well as bone and cartilage metabolism, and its deficiency is implicated in the pathological process of OA. Vitamin E enhances chondrocyte growth and exhibits an anti-inflammatory activity, as well as plays an important role in the prevention of cartilage degeneration. Vitamin K deficiency produces abnormal growth plate calcification and inappropriate mineralization of cartilage.”

Another study in Nutrients touts the collective benefit of the total antioxidant capacity of the combination of vitamins A and E. Vitamins A and E are known to limit free-radical oxidation, which has been associated with preventing or delaying chronic disease, including metabolic syndrome.

Also, vitamin K is often added to vitamin D supplements to aid in its absorption.

In summary, science notes the talents and potencies of each of the fat-soluble vitamins. Our bodies, however, are miraculous networks of reactions and synergy between nutrients so recognizing the symphony played within the ensemble of fat-soluble vitamins will help keep our bodies healthy, and in harmony.