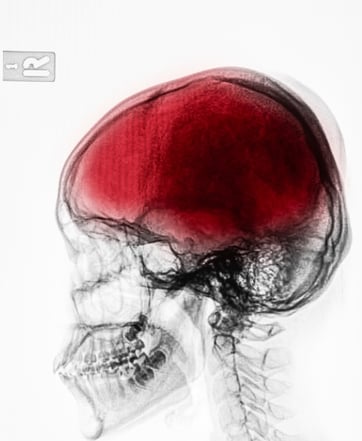 Unexpected to most immunologists, the central nervous system (CNS) seems to have a vigorous immune system, and one controlled remotely by gut microbes. According to an article by Wekerle, referencing Rothhammer V, et al. “the vigorous immune potential” of the central nervous system (CNS) typically remains dormant, but becomes active post-injury. Two types of glial cells, the microglia and astrocytes, communicate on a molecular level to influence inflammation in the CNS, and are controlled by gut microbes.

It has been suggested (but unconfirmed) that growth factors, “TGF-α and VEGF-β, have a role in the formation of multiple sclerosis (MS) scar tissue.” Aryl hydrocarbon receptor (AHR), a ligand-activated transcription factor, may have an immunoregulatory role, and has been shown to “modulate the progression of experimental autoimmune encephalomyelitis (EAE) — [resulting] in an autoimmune disease in mice in which the immune system becomes overactive and [in turn] attacks the CNS.”

Food plants, including broccoli and members of the cabbage family, contain components that bind AHR either directly or indirectly following processing.  “AHR is strongly expressed in the CNS, particularly in microglia and astrocytes, raising the question of whether AHR in the CNS has a role in autoimmune diseases.”

To study this theory, “Rothhammer V. et al. induced EAE in mice so that AHR could be deleted in microglia (but not in other brain cells or immune cells) [via] drug treatment. Elimination of microglial AHR substantially exacerbated EAE in the mice but left immune responses outside the CNS unaltered.”

“AHR deficient microglia activated by EAE triggered exaggerated inflammatory responses in local astrocytes.” By examining the “gene-expression pathways altered in these glia, they “suggested that unexpected proteins signal from microglia to astrocytes.”  Specifically, “TGF-α dampens astrocyte inflammatory responses to EAE, and its expression in microglia is inhibited by AHR deletion.” They also demonstrated that “AHR in microglia directly regulates the expression of genes that encode the proteins TGF-α and vascular endothelial growth factor B (VEGF-β).”  VEGF-β in turn “enhances responses to EAE, and its expression is promoted by AHR deletion”.

In conclusion, the author’s noted that “CNS inflammation could be dampened indirectly by means of the gut, and that dietary protocols that promote anti-inflammatory regulation could be a promising non-invasive approach to treating brain inflammation.”