» Health Blog » INFERTILITY ON THE RISE?

INFERTILITY ON THE RISE? 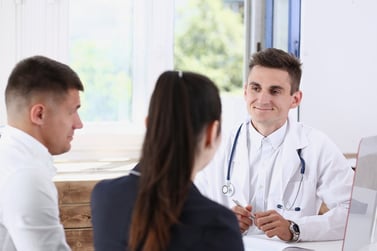 In the United States, approximately 10% of couples are infertile, and the number could be as high as 8-12% worldwide. With rising infertility rates, and the culpability pointing to factors such as environmental toxin exposure, genetically modified organisms (GMOs) and water contamination, the data looks grim for the next generation. But that’s not the whole story.

When it comes to reproductive health issues, many factors within our control are at play. Some involve lifestyle choices such as nutrition, sleep, stress, relationships, exercise and chemical use. We hold tremendous power over our own health and fertility status by choosing healthy lifestyle habits.

Studies show that men are the deciding factor in about 40% of infertility cases due to poor sperm count, quality, and/or poor motility. “Normal” sperm count ranges have decreased over the years as we’ve seen a steady decline in men’s sperm count for unknown reasons. Today, a count between 15 million and 200 million is considered normal whereas previous levels were between 40-300 million. These ranges had to be modified to keep pace with the overall sperm count decline in most men today. One comprehensive meta-analysis reported a 50-60% decline is shown to have taken place between 1973-2011. However, another issue is the quality of the sperm; a high sperm count doesn’t mean much if they aren’t healthy sperm. So like most things in life, we must consider both quality and quantity.

Declining testosterone levels are one contributing factor associated with diminished sex drive and male infertility. Some men fall prey to less active lifestyles or habitual poor choices, such as smoking, drinking or medication use that can contribute to nutrient deficiencies and low testosterone levels. Age is not the only reason testosterone levels decline. Men need diets loaded with nutrient-dense whole foods and healthy fats to support optimal levels of testosterone. Research has shown certain vitamins and food groups to be especially helpful at increasing testosterone levels. A health promoting diet that consists of carbohydrates from plant-based fiber (think legumes), folate and lycopene, and a variety of fruits and vegetables has been linked with improved sperm quantity and quality. Whole foods are loaded with the vitamins, minerals, and antioxidants our bodies need to be healthy. Free radical damage or oxidative stress has been found to damage sperm protein, lipid and DNA as well as cause sperm dysfunction. Men should avoid dietary sources of free radicals such as oxidized fats and oils (skip the deep fried foods), cooked and processed meats, and too much alcohol. The antioxidants in whole foods work to clean up this free radical mess going on within our cells. A high level of antioxidants such as reduced glutathione, vitamin C, selenium, beta-carotene, zinc and mixed tocopherols has shown to increase semen quality and motility compared to lower amounts. Research has proven time and time again that men who consumed antioxidants improved their rates of procreating.

Obesity is a multi-factorial condition where environmental, genetic, and psychosocial factors also contribute to infertility. Since toxins are stored in adipose tissues, an obese individual must also deal with the downstream effect of increased inflammation on the male genital tract and lowered testosterone production, which causes a lower total sperm count, poor sperm quality and motility. There is a significant amount of research supporting weight loss through diet and exercise, quitting smoking, and reducing alcohol, sugar, and food additive consumption all as effective ways to improve fertility in men. Specific supplements have also shown real promise for male fertility– it’s not just the ladies that should be thinking about prenatal vitamins.

Exposure to environmental toxins has proven to be a major contributor to infertility on a global scale. Everywhere we turn there are more chemicals and technological improvements that have negative consequences on health. More people on earth now own and use a cellular device than ever before in history, and researchers believe this change in our surrounding environment may be contributing to increases in infertility. There are a great number of studies demonstrating the ill effects of exposure to radiofrequency electromagnetic waves, particularly with fertility. We must be aware of this and take the proper precautions to decrease our exposure by limiting use or keeping the cellular device off and away from the body. In addition, it is important to unplug and spend time outdoors around nature to reduce stress. More recently, research on the water crisis in Flint, Michigan showed that fertility rates dropped by 12 percent and fetal deaths rose by 58 percent after lead contamination in the city’s drinking water. A recent working paper from the National Bureau of Economic Research, “Toxic Truth: Lead and Fertility,” confirms this connection by providing, for the first time, causal evidence of the effects of lead exposure on fertility for large portions of the U.S. population, both male and female. They even found that increased levels of lead in the air increased the probability of a person seeking treatment for infertility. Another example of a pervasive environmental pollutant is the endocrine disruptor bisphenol-A (BPA) which has shown to bind to receptors causing sperm dysfunction and impairment of male reproductive function. Interestingly, these environmental exposures actually start their negative impact during fetal development, which may help explain the increase in disorders of the male reproductive system.