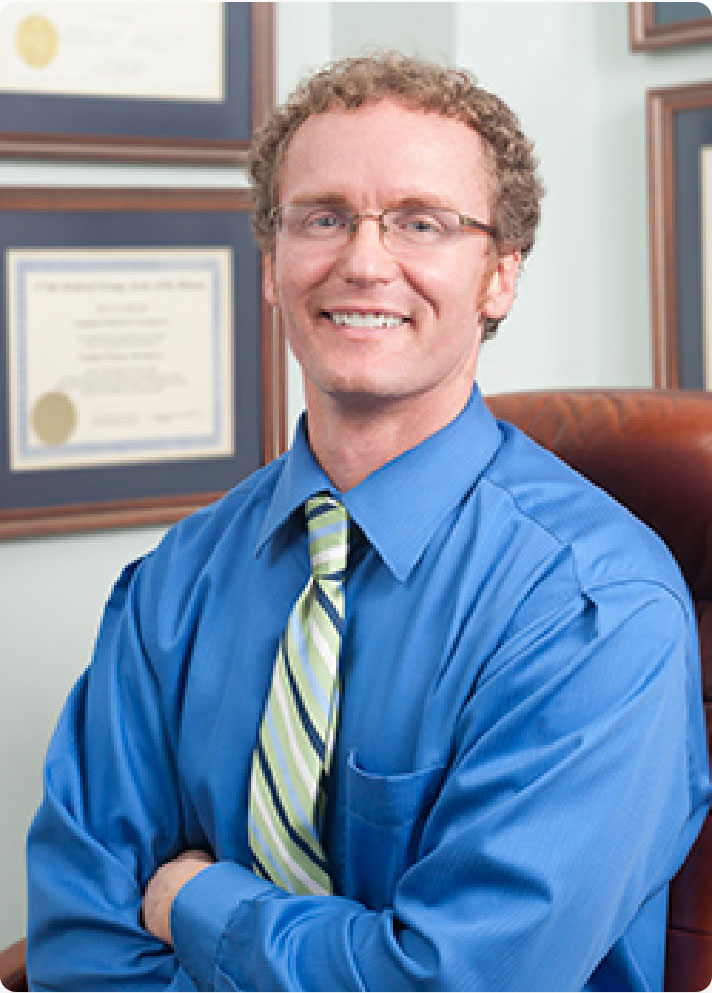 Dr. Patrick Lovegrove is board certified by the American Board of Family Physicians. A graduate of Nova Southeastern College of Osteopathic Medicine, his over 20 years of clinical experience includes Family Practice, Anti-aging, Holistic Internal Medicine, Pain Management, Aerospace, Sports, and Emergency Medicine.

Dr. Lovegrove was born in Staunton, Virginia, and graduated from the University of Virginia where he majored in Biology. He received a Medical School Scholarship from the United States Air Force. He graduated from Nova Southeastern College of Osteopathic Medicine in Ft. Lauderdale, Florida. He then entered Family Practice Residency in a unique joint program with St. Louis University and the 375th Medical Group at Scott Air Force Base. After finishing his residency in 2004, Dr. Lovegrove chose to serve his country with the Air Force as a Family Practice and Emergency Room Physician at Osan Air Base, Korea (outside of Seoul). He accepted his selection to the Aerospace Medicine Program in San Antonio, Texas.

Later that year, he moved to an airbase in Germany called Spangdahlem where he joined the 81stFighter Squadron as their “Flight Surgeon.” He continued to serve his country during multiple tours of duty in Afghanistan, England, Portugal, Italy, and Qatar where he was honored with Accommodation and Meritorious Service medals with an oak leaf cluster for his service. In 2007, Dr. Lovegrove moved back to the U. S. soil here at Charleston Air Force Base where he continued to practice Family, Aerospace, Anti-aging, Hormone doctor in Summerville, and Holistic Internal Medicine.

In 2011, Merge Medical Center affiliated with ACN Wellness– Centers for Integrated Medicine of Vienna and Ashburn, Virginia, expanded its treatment capacity up the East Coast. In 2012, Dr. Lovegrove was recognized by the National Academy of Medicine as having earned the President’s Award For Excellence.

Dr. Lovegrove believes that holistic medicine should be integrated with conventional medicine in a scientifically based model to achieve the best results for patients. He addresses a patient’s complaints to find the root cause and customize a regimen to fix it long-term as opposed to using only traditional medication that just suppresses symptoms.

Dr. Lovegrove currently lives in Charleston, Mt. Pleasant in South Carolina with his wife and 2 young children. They enjoy family bike rides, reading together, and getting out to enjoy the local parks and restaurants. They stay active in their community and church.